We’re definitely overdue for a construction update on the two big projects underway at Busch Gardens Williamsburg. Construction on Project 2017: InvadR continues as land clearing is completed, and the park looks ahead to further phases of construction. Meanwhile, preparations continue for Busch Garden’s newest show set to debut in July, All For One. Let’s put our hard hats on and take a look!

It looks like land clearing for Busch Gardens’ first wooden coaster, InvadR, has completely finished with the recent demolition of the Wild Moose Lodge building near the Le Scoot entrance. The only thing that remains of the building is a pile of its old foundation. Speaking of foundations, we hear that permits for foundations and footers have been filed, so work on pouring InvadR’s footers could begin any day now.

Near the clearing, work has begun yet again on Le Scoot, this time refacing some of the supports surrounding the work area with fresh wood. All around the site, silt fences have been set up for other construction precautions. New concrete tubes and tunnels awaiting to be put in for drainage are sitting around the construction trailer at the moment.

Elsewhere in New France, a new pathway has been built behind the restroom building and beside Le Catapult. The new path has been added to meet ADA regulations, since the former ADA-accessible path was removed with the altering of Caribou Train Station’s entrance.

Online, the park has posted an update to the InvadR web page. They confirmed that InvadR’s Millennium Flyer trains are indeed being recycled from Busch Gardens Tampa’s standing-but-not-operating dueling wooden roller coaster, Gwazi. The park also confirmed several other technical details, like the fact that InvadR will use magnetic brakes. You can find more details regarding this here.

We’ll keep you posted as new phases of construction commence and progress, but for now, take a look at the completion of land clearing and the other things that have occurred thus far. 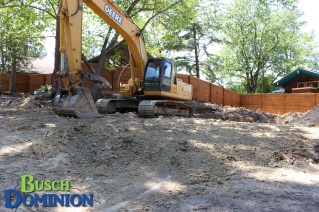 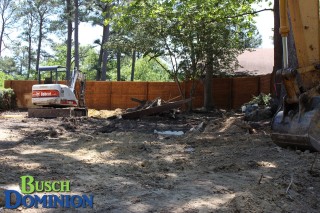 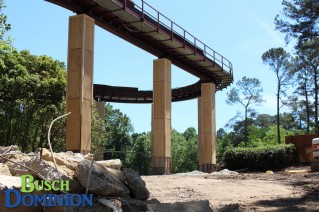 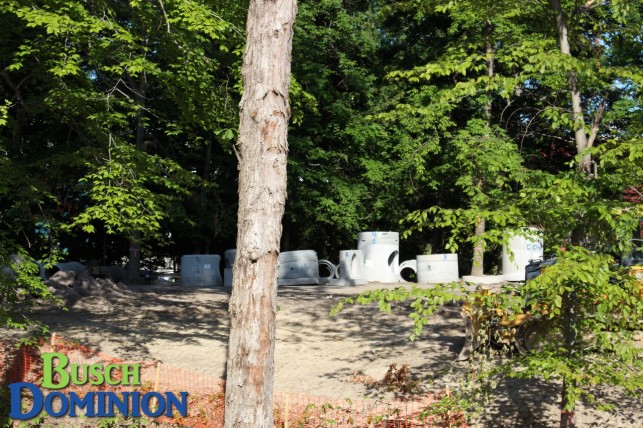 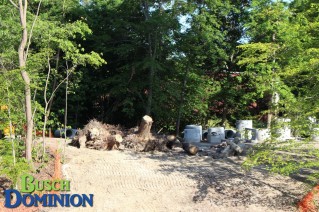 A lot has happened in the Royal Palace Theatre in preparation for the new Three Musketeers-themed stunt show. Scaffolding has gone up in the former location of the sound stages, and is being encased in wood. On top of the Theatre, ship masts have been erected on both sides, but I recently noticed caution tape strewn across the roof. We’ve heard this is because of a hole in the roof, but we don’t know whether the hole is intentional and to be used by show personnel, or just unexpected damage. You can take a look at all the pictures I have been able to gather of construction so far below: 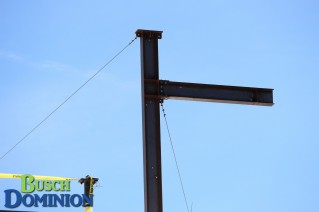 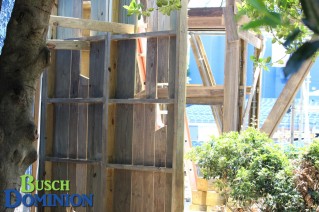 It’s almost time to break out the popcorn as the debut of All For One rapidly approaches, and we’ll be sure to bring you all the updates we can as that date approaches, along with all the latest on InvadR’s construction. Be sure to follow us on Instagram, Facebook, and Twitter to stay up-to-date on the latest developments. Don’t hesitate to tell us your thoughts on this latest construction update by leaving a comment below or joining in on the discussion on the ParkFans Forum.