This past week marks the first stretch since May that Busch Gardens Williamsburg has been closed. Now, our thirst for the crisp fall days at the park and frightening Howl-O-Scream nights has only grown. Sure enough, the park is beginning to look spookier every day as fall inches closer. On top of all that, work on the park’s 2017 project, InvadR, is progressing quickly and it’s only a matter of time before the coaster goes vertical. Let’s take a closer look…

Some shocking Howl-O-Scream news has recently emerged from the park. Two surprise attractions are coming to Howl-O-Scream this year in addition to the new haunted house Circo Sinistro and the new Terror-Tory Sideshow Square. First, a legendary show is rising from the dead, filling a vacant theatre and with it bringing some beloved original performers. That’s right — Starfright Orchesta, one of the first shows at Howl-O-Scream that ran through 2008, is coming back after an eight year hiatus!

But that’s not all. Also new to Howl-O-Scream 2016 is an escape room attraction called No Escape. No Escape lets guests choose between solving a mystery involving Jack the Ripper or involving Howl-O-Scream’s new mascots, Mr. Karver and his dolls. Inside the heavily-themed rooms, guests must follow clues and perform tasks pertaining to each mystery to escape the room. No Escape, which is replacing Blood Banquet in the Wilkommenhaus building, is an upcharge attraction, and costs $30 per person before 4 PM and $40 after 4 PM. More information regarding both of these new attractions can be found on the Howl-O-Scream website.

Moving on, let’s talk about the Howl-O-Scream preparations that have occurred inside the park so far. As far as Terror-Tories go, Ripper Row is nearly complete, only missing its main facade, headless horseman prop, and some flags. Demon Street too is almost complete, with an impressive burning-building prop in the Aquitaine bed, and streamers that are now solid black (as opposed to their once Hot Wheels-esque design). Only missing from Demon Street is its large Grim Reaper statue that faces the Wild Reserve. Nothing has happened yet in Wendigo Woods except for the appearance of a new bungee scare, which is relocated from the late Ports of Skull Terror-Tory. In Vampire Point, only the small fountain near the Ski Mart has been covered with bricks. Moving onto Festa Italia, there are absolutely zero signs of Sideshow Square this weekend.

Even though we said Ports of Skull was no more for 2016, it looks like the pirate-themed area is still alive and well in San Marco, and some new thematic structures may actually look better than when the area was an actual Terror-Tory. (Note, however, that the park has no plans to populate Ports of Skull with monsters this season.)  The other non-Terror-Tory sections of the park have also received their normal Howl-O-Scream decorations.

Lately, construction crews have been buzzing around Circo Sinistro. Some massive big tops have gone up, and fences have been erected around the paths that will connect them. A total of six trusses have appeared along the maze path, two at the entrance and four near the back of the maze. At the four trusses in the back, which stand next to the bungee scare previously used in Cut Throat Cove, there is a scene depicting two sets of trapeze-like wires and a large rope net hanging from them. Meanwhile in Rhinefeld, guests can see TVs setup for No Escape’s two escape rooms, and a new nearby structure looks like the beginnings of a No Escape-themed bar. In San Marco, Starfright Orchestra’s set is also beginning to take shape with a large red curtain in the back of the stage and red roses placed to the side.

You can take a look at all the preparations listed above in the pictures below. 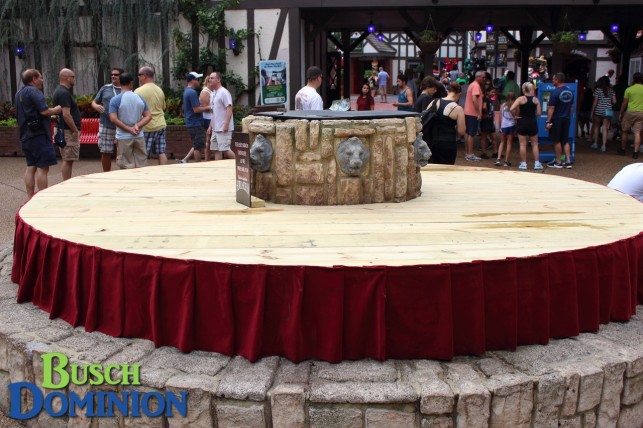 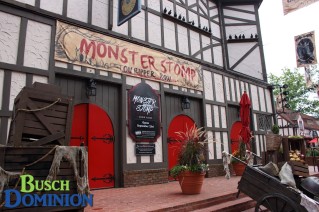 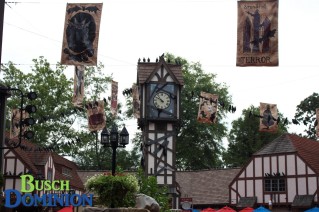 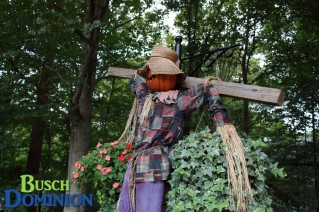 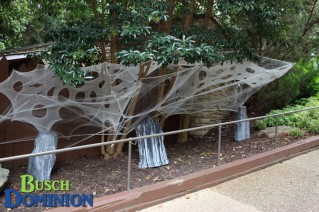 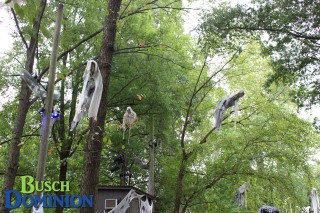 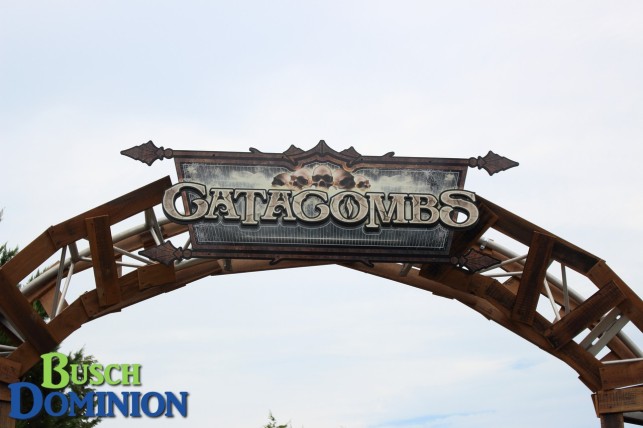 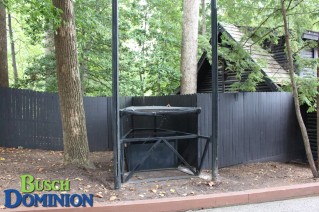 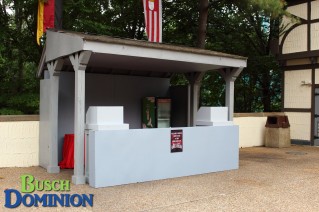 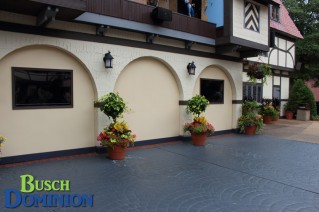 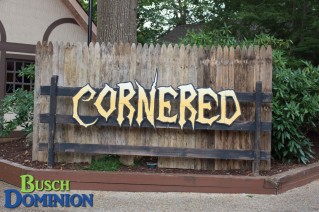 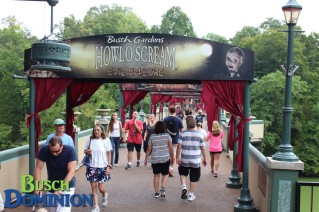 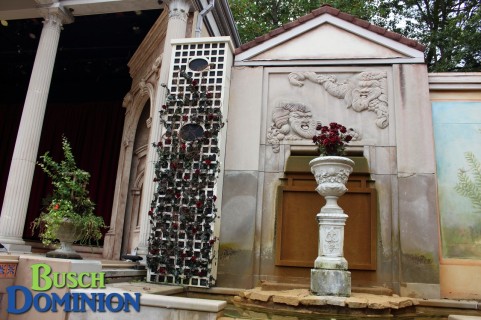 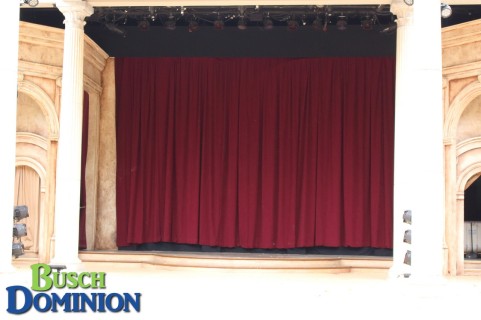 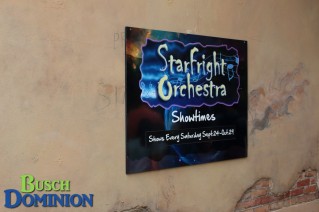 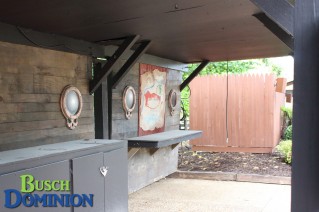 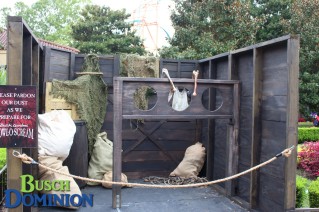 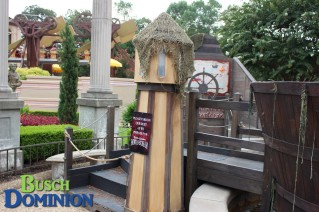 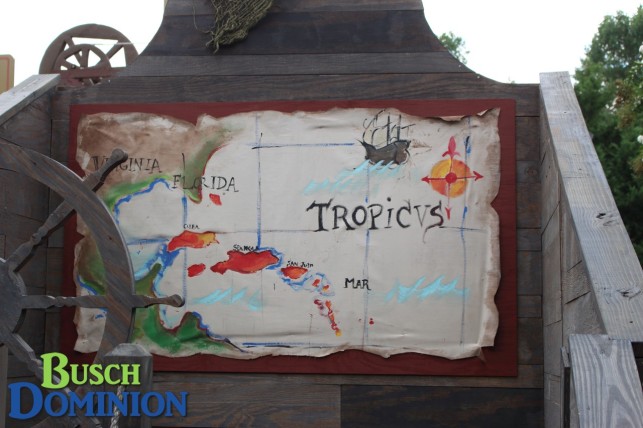 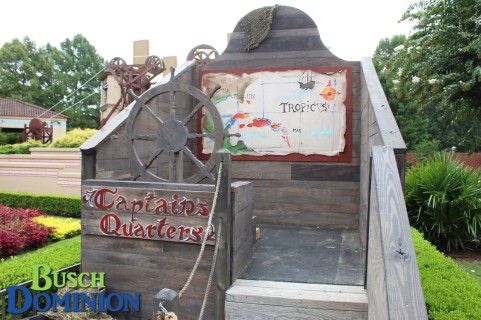 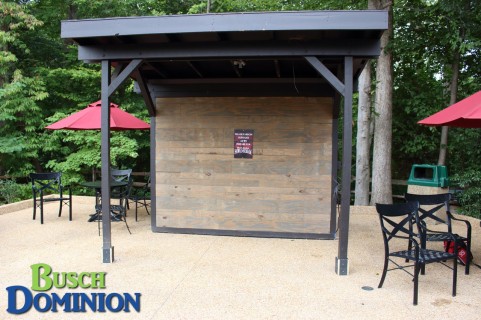 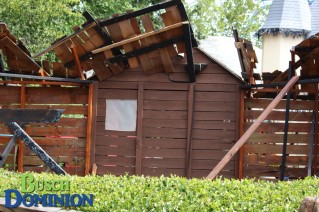 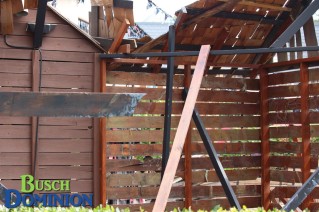 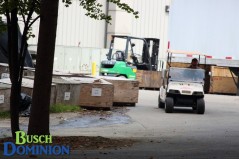 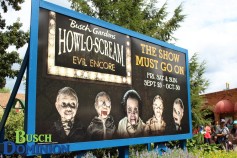 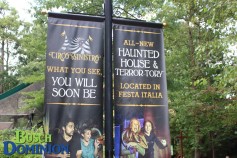 WANT TO ZOOM IN OR SEE MORE? CLICK “VIEW FULL SIZE” IN THE BOTTOM RIGHT HAND CORNER OF THE PREVIEW IMAGE TO VIEW THE FULL IMAGE.

By the looks of InvadR’s construction, it won’t be long until the coaster goes vertical. The first underground tunnel looks entirely completed — but in a surprise announcement, the park recently revealed InvadR will feature a second tunnel, whose location is heretofore unknown. The station, a building behind the station, the foundation for the chain motor, and individual support foundations for the first turn have all been completed. While the ride itself isn’t visible at the New France site yet, parts of the track are being assembled in Festhaus Park behind Oktoberfest and can easily be seen on Mäch Tower or the train.

You can view pictures of all the progress on InvadR construction below. 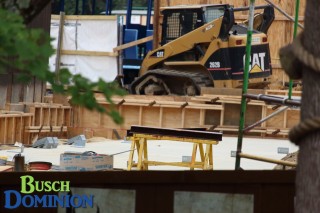 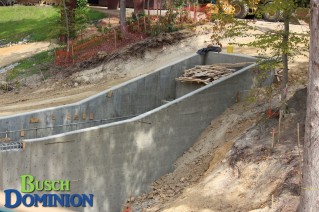 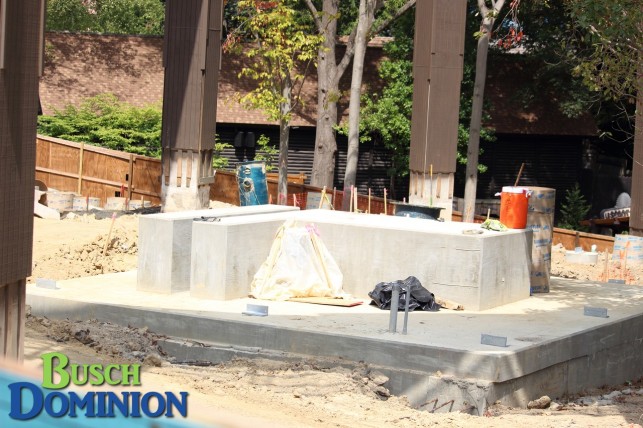 WANT TO ZOOM IN OR SEE MORE? CLICK “VIEW FULL SIZE” IN THE BOTTOM RIGHT HAND CORNER OF THE PREVIEW IMAGE TO VIEW THE FULL IMAGE.

In just a few short weeks, Howl-O-Scream will finally be here, and really, InvadR’s opening in 2017 isn’t too far away either. Be sure to follow us on Facebook, Instagram, and Twitter to keep up to date with all of our future updates and breaking news. Share your thoughts in the comments below or visit the ParkFans Forum.