It’s been a quiet season at Kings Dominion since the opening of Delirium, but noteworthy news and construction has finally surfaced inside the park. With two new mazes coming to Halloween Haunt this fall and a Planet Snoopy expansion coming in 2017, there’s a lot to be covered. We did some snooping inside the park to uncover everything there is to know about both projects.

Two new mazes are joining the Haunt lineup for 2016. This year, the Halloween Haunt building between Drop Tower and the Grove Arcade will house a maze called Trick Or Treat, which is themed to a haunted house where classic Halloween characters come to life. Trick Or Treat will replace Slaughterhouse in the 2016 lineup.

In the building within Hurler’s turnaround will be another new maze called Blackout. Guests are plunged into “99% darkness,” and with nothing to see, must use their other senses to find their way out. To make things even more interesting, the maze’s monsters are equipped with night vision goggles. This maze will replace Club Blood in the lineup, and I noticed that the Club Blood graffiti outside the building has been painted over.

Since both mazes are indoors, it was hard to get a good shot of construction. However, we did spot construction crews outside the Trick Or Treat building, as can be seen below.

In addition to the mazes, a New Orleans-style brass band show will debut on the Grande Bandstand. Called The Bone Collectors, this show celebrates “a unique ceremony for the newly-departed.” The Bone Collectors will also have roaming performances throughout the park, much like the main season’s Clown Band.

Other preparations for Haunt are visible all over the park. Dodgem’s building exterior has already been completely transformed into Doswell Treatment Center No. 3 — better known as Maze of Madness. The metal outline for Cornstalkers’ path has been constructed, although the corn itself is still absent. Also, I heard some construction noises coming from No Vacancy in the Action Theater, so it’s possible the maze will receive an updated layout for 2016.

Check out pictures of Haunt’s construction below!

Maze of Madness facade for the Dodgem building.

One of many Haunt advertisements throughout the park.

Cornstalkers’ facade is ready for September 30.

The big story of #KD2017 is an expansion of the Planet Snoopy area. Next season, the area will be upgraded with three new family rides, a covered event pavilion, and improved dining options. The entire expansion will take place in the original Planet Snoopy area that was added in 2010 (the former Nickelodeon Central area), which was mostly untouched during the 2013 expansion.

All three new rides will be manufactured by Zamperla of Italy. Peanuts 500, a modern version of the classic Whip ride, will neighbor Flying Ace. Just next door, Kite Eating Tree, a miniature drop tower, will replace the soon-to-be demolished Peanuts meet-and-greet building. Snoopy’s Moon Bounce, one of Planet Snoopy’s original attractions, will be removed to make way for Sally’s Sea Plane, a Crazy Bus-style ride that sweeps across a vertical axis. 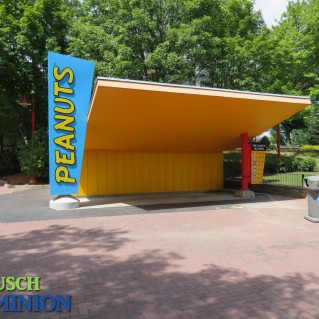 A large new covered event pavilion will be constructed near Sally’s Sea Plane. To make room for the new pavilion, roughly a third of Joe Cool Driving School’s roadway will be bulldozed. However, this part of the attraction is usually closed and used for storage of extra cars. 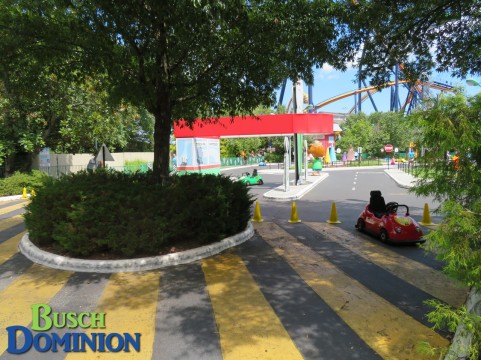 This portion of Joe Cool Driving School will be removed. 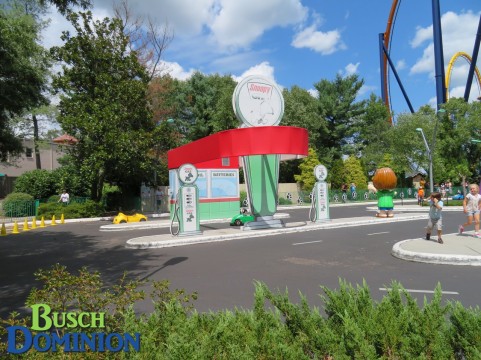 The park also promised upgraded dining in Planet Snoopy, but nothing has been specified. Snack Shack, the small counter service restaurant near Flying Ace, has been seldom used in the past few years, so I would not be surprised to see it revitalized for 2017 — especially since two of the three new rides will open just across the path from it. We also know the park has been eyeing the Chik-Fil-A building as prime real estate for a new restaurant, so it’s possible the fast food chain could be evicted for the 2017 season.

To promote the expansion, Kings Dominion is debuting a Pre-K pass that offers unlimited free 2017 admission for children 3 to 5 years old.

Outside of Planet Snoopy, Kings Dominion plans to add some park-wide amenities for the 2017 season. FunPix, a photo service that Cedar Fair tested at its Ohio parks in 2016, allows guests to download unlimited in-park photos with one up-front fee all season long. Additionally, free park-wide WiFi will become available, although there’s no telling how fast or reliable it will be.

That’s all we have to share for this Kings Dominion update, but rest assured, as soon as we have more information, we’ll share it! Stay up-to-date by following Busch Dominion on Instagram, Twitter, and Facebook. What are your thoughts? Leave us a comment below, or join the discussion about Haunt 2016 and #KD2017 on The ParkFans Forum.