Kings Dominion opened its gates to its loyal pass holders on March 20! For the first time in 30 years, the steel tracks of Shockwave are gone from the park’s midway, but in 2016, another legacy begins with Delirium. That’s not the only change Kings Dominion showed off this pass holder preview day, Matthew and I (Joe) have wrapped all the changes throughout the park into one post… so let’s take a look!

A new ride took to the midway of Kings Dominion for 2016: Delirium. This spinning-pendulum flat ride opened to pass members on Sunday. I wasn’t sure what to expect from Delirium, but it was surprisingly fun! As the pendulum swings back and forth, it creates alternating forces of strong positive-G’s on the downswing and extreme weightlessness on the upswing, with the added thrill of either facing the sky or the ground as the central ring spins. I expect Delirium to be a real hit with the public this summer.

Delirium takes up the land once occupied by Shockwave. The passing of the baton from the Togo standup coaster to the Mondial Revolution as the centerpiece of Candy Apple Grove has created a totally new look for Kings Dominion’s central midway. The entire area has taken on a much more open feel, transforming the northern half of the area, once a closed-off alleyway for Shockwave riders, into a vast and inviting space.

Take a look at Delirium and the refreshed midway around it below: 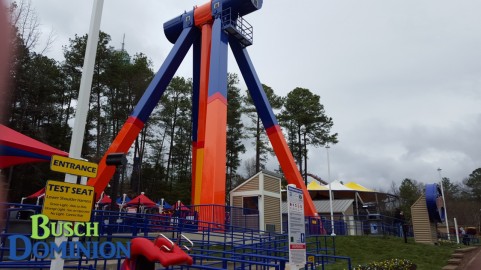 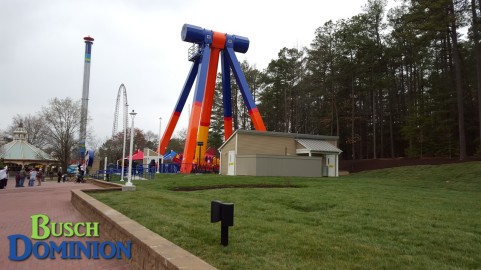 Grizzly got some major work done for 2016 as well! The first and second hills were entirely retracked, with fresh new wood and brand new running rails. Thanks to the new track, the first two hills on Grizzly were very smooth. The rest of the track, however, still runs like Grizzly’s bouncy old self.

In addition to the new track, Grizzly’s station floor was completely redone. The old floor, made of laminated plywood sheets, was replaced with fresh, sturdy wood planks. 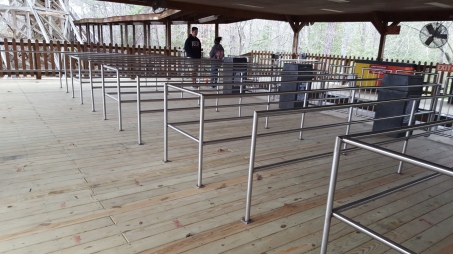 In a surprising move, Kings Dominion’s youngest wooden coaster, Hurler, will be closed for the entire 2016 season. Naturally, this has led fans to wild speculations about the fate of the triple out-and-back coaster, but it’s likely Hurler is here to stay.

Here’s a message from the park about Hurler’s status:

Hurler is closed for the season while we complete extensive maintenance on the ride. We anticipate the ride will reopen next season.

I talked with Katelyn Sherwood, the park’s Communications Manager, and it seems Hurler is undergoing extensive maintenance to improve the ride experience for future riders. It’s likely that a complete retracking of the ride is in the works, which as far as I know, has never happened to any wooden coaster as long as the park has been owned by Cedar Fair.

A complete retracking could help the reputation of the notoriously-rough coaster, as our friends at KDFans.com inform us that the newly-retracked first turn on Carowinds’ Hurler clone is “phenomenal.” Also, a full retracking could allow the park to turn off the ride’s trim breaks, which were installed to combat complaints over the ride’s roughness.

Here’s a look at the current state of Hurler. 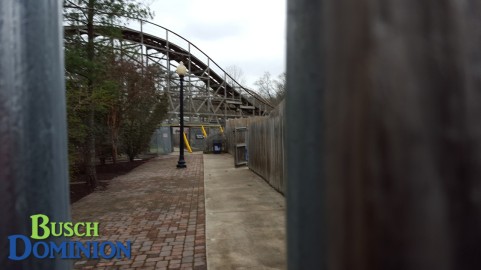 Bad Apple, the spinning HUSS Troika at the center of Candy Apple Grove, received some major renovations to welcome its new neighbor, Delirium. The entire ride was freshened up with a bright new coat of red paint, and the cars were repainted a vibrant white.

The most exciting new feature, though, is the ride’s new LED lighting package. The ride’s entire arms and spokes were outfitted with bright LED light panels that change colors in time to a programmed light show, much like the lights on Windseeker and Americana. I think the colorful lighting package will really brighten up Candy Apple Grove when night falls this summer. You can view some pictures of these renovations below:

I didn’t get to see the new film this weekend, but based on its two predecessors, I wouldn’t hold very high expectations for it. Here’s a description of Robinson Crusoe:

As an accident-prone Robinson Crusoe tries to adapt to his new life as a castaway, the island’s animals are equally astonished to find this strange creature washed up on their shores. Crusoe meets an optimistic parrot named Tuesday; Carmelo the coolly sophisticated chameleon; and Scrubby the lazy goat. Joining the hilarious antics are Rosie the tapir; a teenage porcupine Epi and his pangolin buddy Pango; and an adorable kingfisher named Kiki.

Kings Dominion’s third-annual Spring Bloom Festival begins mid-April, but preparations for the landscaping- and culinary-oriented event have already begun on International Street. A few colorful Spring Bloom displays have shown up around the Royal Fountains, and new banners advertise the Festival around the park. 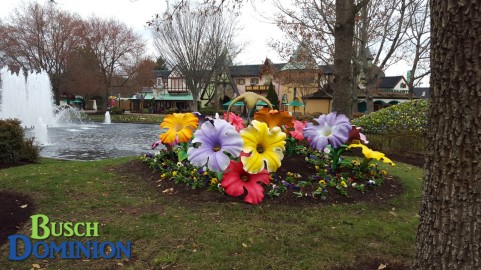 With the addition of Delirium, the midway of Candy Apple Grove received a few  improvements.

A new shaded patio has been added, nestled among the trees beside Bad Apple and the restroom building. With new brick pavers and several benches, this should be a popular area for guests to relax and cool off from the heat of the summer. 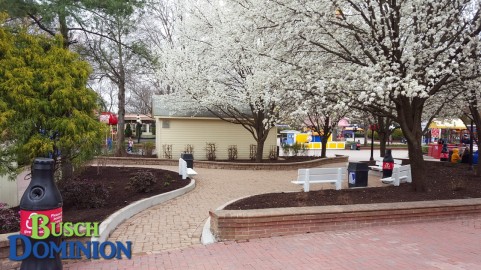 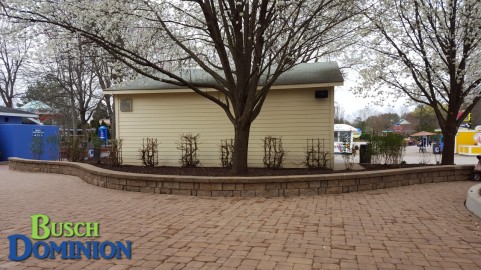 In response to a request from a fan, we went searching for some new Delirium-branded merchandise. Here’s what we found! 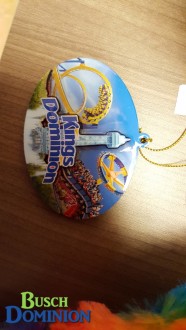 On the topic of merchandise, a bit of humor seems like a good way to end this post. These very… bizarre… new shirts are now for sale on International Street. Hopefully you get as much of a laugh out of this as we did.

That’s the end of our opening weekend update for Kings Dominion! Did we miss something, or do you have any questions or comments to share? Drop us a comment below, or join the discussion on The ParkFans Forum! Don’t forget to follow us on Instagram, Twitter, and Facebook for the latest updates.
We look forward to seeing you around the parks this season!